I'm super excited to have fellow blogger and writer, Cara McKinnon, as a guest on my blog today. Cara is here to share her writing and publishing journey. Welcome, Cara! 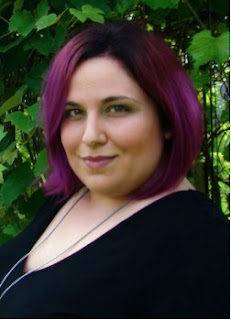 
Making a Commitment to Become a Published Author
by Cara McKinnon
I have always been a writer. Since I first learned how to hold a pencil and compose a complete sentence, I have been using my words to tell stories. I wrote several half-finished novels in high school, and finally finished one in college. Then I finished another shortly after I got married. It was after finishing that book that I decided I wanted to go to school for writing.
I ended up at Seton Hill University’s Writing Popular Fiction MFA program, which is a fabulous environment for authors in various stages of their writer’s journey. I had a wonderful mentor, Maria V. Snyder, who encouraged me to immediately begin submitting my thesis to agents and editors when I graduated in 2012. But in the four years since graduation, I’ve never gotten a “bite” on my submissions. Maria says she still believes in the project, so maybe someday I’ll unearth it, but I was very discouraged by the amount of rejections I’d started to accumulate. I wrote another book and it’s been rejected a few times, too (although always with very thoughtful criticisms and praises for things I was doing right).
Then, last summer at the yearly In Your Write Mind conference hosted by the Seton Hill Alumni (which is open to all writers, and you should come!), an editor from Tor Books named Claire Eddy gave a talk about the state of publishing. She said the problem was she couldn’t buy all of the books she loved like she once did. They used to have a place in their publication schedule for something called a “midlist” – titles that would be printed as mass market paperbacks (those are the smaller sized softcovers) and would not get as much marketing push and store placement as a big hardcover release. As book sales moved online, that midlist had disappeared.
At least for big publishers. The thing is – the people that bought midlist books are still buying them. They’re just buying them from Amazon now.
And that was when I decided to start publishing my books independently. Oh, I still hope to sell some of my projects to traditional publishing houses. It’s nice to be a hybrid author, because there’s still a certain prestige that comes from being vetted by the big publishers in New York. And they have placement in bookstores that I’ll never get otherwise, and throw at least a few marketing dollars at their projects.
But I can still put my books out for the world to read. I can still share my stories with the world. I just have to do it myself. And I committed to starting that journey this year. When I finished the first draft of my new book, I told myself it would be available for purchase by the time I went to this year’s In Your Write Mind workshop.
I hired an editor, made a cover, and started my journey. Now the book is getting ready for release, I have another two releases scheduled for the rest of the year, and the future for my books looks bright.
It has been quite a journey so far, and it’s only just beginning!
AUTHOR BIO
Cara McKinnon writes fantasy romances because her heart pumps equal parts magic and passion. Her love of history caused her to set her books in an alternate Victorian era, with surprisingly few changes from the real world. She lives on the East Coast of the US with her husband, two kids, and an oversized lapdog named Jake.
Her website is caramckinnon.com.
---
Posted by A.J. Culey at 7:30 PM