I'm thrilled to host Jennifer Loring on my blog today. Jennifer is a fellow author and blogger and is here to share some information about the second book in her Firebird trilogy, What's Left of Me, which releases tomorrow. The hero, Alex, loves tea and so in today's blog entry, Alex will be instructing us on the correct (i.e., Russian) way to brew a cup of tea. Welcome, Jennifer and Alex!

WHAT'S LEFT OF ME by Jennifer Loring
The Firebird Trilogy, Book #2
Publisher: LIMITLESS PUBLISHING
Release Date: July 26, 2016
SYNOPSIS — Recovering from years of living the superstar hockey life wasn’t easy, but now Aleksandr Volynsky finally has everything…   He’s married to the love of his life, expecting a daughter, and has a new job as an assistant coach with his old team, the Buffalo Gladiators. His happiness is short lived, however, when a sexual assault allegation surfaces, and Alex is forced to cooperate with an investigation for a crime he didn’t commit.   Stephanie Hartwell is juggling her dream job with marriage and motherhood, but she’s not convinced she’s doing any of it well…   Stephanie’s stress level goes from bad to worse when she’s diagnosed with a serious illness. Battling declining health and the critics who question her commitment to Alex in light of the allegation, she makes a decision that could change their relationship forever.   Alex is afraid he’s about to lose everything—especially when he sees Stephanie’s friend kiss her…   Devastated that his life is spiraling out of control again, Alex turns to his friend, Natasha, a Russian pop star. Convinced that Stephanie and her friend Brandon are having an affair, Alex resumes his self-destructive behavior.   What Alex doesn’t know is Stephanie has been conducting a secret investigation of her own. She learns the truth behind the sexual assault—a truth no one, especially Alex, expects.   With everything now out in the open, can Stephanie and Alex commit to a fresh start for the sake of their daughter, or will the ghosts of their pasts finally tear apart everything they have left?

***
Tea Time with Alex
You’ve probably had black tea at least once in your life.
You’re doing it wrong.
Where I come from (Russia), we take tea very seriously. In fact, we have an entire tea culture. So no, we’re not just sitting around drinking vodka all day. Today I’m going to teach you how to brew a proper cup of tea, and you can thank me later.
First, you’ll need a samovar, a metal container traditionally used to heat and boil water. It has a faucet near the bottom and a metal pipe running up through the center. We fill the pipe with fuel to heat the water. After the water boils and the fire is extinguished, the smoke-stack on top is removed and a teapot placed there to be heated by the rising hot air. We use the teapot to brew a strong concentrate called zavarka. Then we serve the tea by tempering the concentrate with boiled water. Here’s how you do it:
1.     Boil the water. Rinse the inside of your teapot with boiling water then, while the teapot is still hot, add one heaping teaspoon of tea leaves per cup. Immediately cover to steam the leaves.
2.     After 5-10 seconds, add the boiled water. We typically add fresh fruit jam at this point as well, so the tea and fruit can steep together.
3.     Steep the tea for at least fifteen minutes to get the best flavor.
4.     After it has brewed, place a tea strainer in your tea cup, and pour in equal parts zavarka and boiled water.
5.     Serve the tea with containers of jam, honey, or sugar—or all of the above, so your guests can enjoy it as they wish. Should you need to have a lot of tea on hand, save at least half the zavarka in your teapot, and add more boiling water and jam to keep the tea replenished for several hours.
This is a strong, flavorful tea, not your typical weak American tea. Even my tea-hating wife is starting to come around. 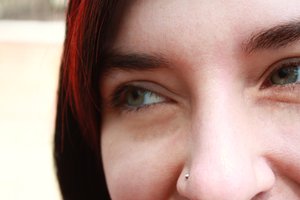 ABOUT THE AUTHOR — Jennifer Loring has been, among other things, a DJ, an insurance claims assistant, and an editor. Her short fiction has appeared in numerous magazines, webzines, and anthologies, including Crystal Lake Publishing’s Tales from the Lake vol. 1 and Black Mirror Press’ Snowpocalypse. Longer works include the novella Conduits (DarkFuse, 2014) and the novels Those of My Kind (Omnium Gatherum, 2015), Firebird, and What’s Left of Me (Limitless Publishing, 2015 and 2016). Jennifer’s novella No One on Earth (After Glows Publishing) will be released in late 2016. She lives in Philadelphia, PA with her husband, their turtle, and two basset hounds.
AUTHOR LINKS —
LIMITLESS PUBLISHING: http://www.limitlesspublishing.net/authors/jennifer-loring/
GOODREADS: https://www.goodreads.com/author/show/1493991.Jennifer_Loring
FACEBOOK: https://www.facebook.com/JenniferTLoring
TWITTER: https://twitter.com/JenniferTLoring
WEBSITE: http://jennifertloring.com/
PINTEREST: https://www.pinterest.com/jennifertloring