Revenge of the Tiger: COVER REVEAL

Happy Easter to everyone who celebrates it!

Tyrabbisaurus Rex would like to make several announcements. First, he would like it understood far and wide that he is most emphatically, 100% NOT a cuddly bunny (he's said this before, but no one seems to be listening). He'd also like to point out that contrary to vicious rumors... 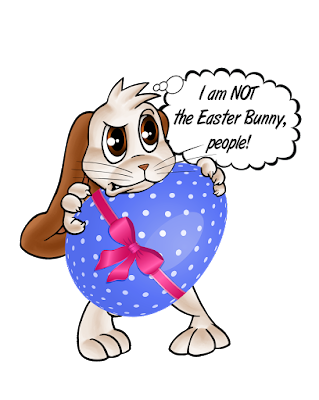 Got that? He is NOT the Easter Bunny! That means, NOT cuddly, NOT cute, NOT bringing you baskets full of eggs and chocolate bunnies (in fact, he protests their very existence), NOT hopping to your Easter party anytime soon.

He is a dinosaur, people! A tyrabbisaurus rex, to be exact! And he RRROOOAAARRRS at you with the power of his mind.

Now that he's gotten that out of the way... his second announcement is that he is hosting a Read Along event on Facebook. Activities, question, games, etc. will be posted every day through to the end of the month. So hop on over there to join the fun! 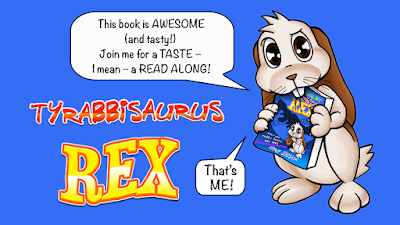 Tyrabbisaurus Rex would like to reveal the cover of his upcoming book Revenge of the Tiger.

Yes, he knows. You're understandably upset about this terrible news. Rest assured, so is he!

Honestly, he can't believe it either, but the terrible truth is...


The tiger is back.

Rex was certain he had vanquished him for good, but that tiger is wily and clever, and now, yes, HE'S BACK. Even worse, he's out for revenge.


Good thing the world has Tyrabbisaurus Rex to save it from that dastardly, up-to-no-good, evil tiger-spy!