I'm super excited to host J. L. Gribble on my blog today. J. L. is a fellow author and blogger and is here to introduce us to her shifter characters from the Steel Empires series. Welcome, J.L.!
--
The Werecreatures of Steel Empires by J. L. Gribble
Werecreatures of all types are an important part of the landscape in the sprawling world of my Steel Empires series, which are urban fantasy novels set in a very alternate history. Whether it’s the British werewolf nobility, the intricate werepanther clans, or the secretive weredragons of the Qin Empire, they all play an integral part in fleshing out my world in the form of both secondary characters and villains. Though the characters are all adults in my novels Steel Victory (currently available) and Steel Magic (available on July 6), it’s always fun to imagine characters at other points in their lives.
So without further ado, I’d like to welcome the following students to Shifter High!
From Steel Empires Book 1: Steel Victory…
Name: Tristan
Shifter type: Timber Wolf
Favorite class: Government. As a werewolf alpha, he knows that being in charge means he has to know how to be in charge.
Sport: Cross-Country Track. Wolves can run for miles to wear down their prey. Tristan can run for miles with the promise of a medal and a cheeseburger to follow.
Hobby: Wargaming with miniatures. Despite his rough and tumble exterior, his favorite part of this activity is painting intricate works of art in such a small scale. Rolling great dice to defeat his enemies is only an added bonus.
Future: Werewolf alpha, with a seat on the ruling council of the independent city of Limani.
Name: Saba
Shifter type: Sanai Leopard
Favorite class: English. He’s not much for writing papers, but he tears through all the reading.
Sport: Free-climbing. There’s not a rock face that can faze him. He’s also known for dropping out of trees next to unsuspecting fellow students.
Hobby: Poetry. When he’s not reading submissions for the student literary magazine, he’s writing up his own for consideration.
Future: Working at the shipping yard outside of Limani while pursuing a graduate degree in the evolution of the British sonnet.
Name: Bethany
Shifter type: Honey Badger
Favorite class: Computer Science. She’s no good at languages, but coding comes as naturally to her as breathing.
Sport: Walking from her desk to the fridge for another energy drink.
Hobby: Knitting. Yes, she made the fingerless gloves she is wearing. She’ll make you a pair, too. For a price.
Future: Early retirement in Limani after a career in computer programming for corporations in the Roman Empire. She still knits, but it’s easier to convince her to make you something for free.
Name: Lorus
Shifter type: Adder
Favorite class: Chemistry. Especially the “accidentally” blowing things up part.
Sport: Chess. With a little bit of boxing for those who try to argue that chess isn’t a sport.
Hobby: Building and racing model airplanes.
Future: After a career in the Eire Royal Air Corps, Lorus relocates to Limani to start a new life. He also rules on the Limani city council as the representative of the werecreatures who are not of the canine or feline variety.

And introducing in Steel Empires Book 2: Steel Magic…
Name: Earl Henry “Hal” Delacour
Shifter type: Arctic Wolf
Favorite class: Economics. His family fortune relies on shipping assets, and he knows they will be his responsibility someday.
Sport: Rugby. Whether it’s tournament play or scrumming in the park with friends, there’s no better way to spend an afternoon.
Hobby: Video games. Though his reflexes are great for first-person shooters, his guilty pleasure is empire-building strategy games.
Future: Overseeing the family business in the British colony of New Angouleme by day and enjoying the local party scene by night, where he’s always sure to run into some interesting characters...
***
See Hal in action in Steel Magic, coming in hardcopy or ebook on July 6. Now available for pre-order. 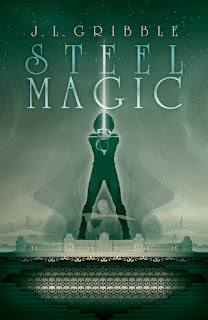 “Funerals are usually the end of the story, not the beginning.
Newly graduated warrior-mages Toria Connor and Kane Nalamas find themselves the last remaining mages in the city when a mage school teacher mysteriously falls ill and dies. But taking over the school themselves isn't in the cards. They're set to become professional mercenaries-if they make it through the next 18 months as journeymen first.
The debate over whether to hunt mutated monsters in the Wasteland or take posh bodyguard jobs is put on hold when a city elder hires them to solve the mystery of the disappearing mages. Toria and Kane's quest brings them to the British colonial city of New Angouleme, where their initial investigation reveals that the problem is even greater than they feared.
But when a friend is kidnapped, they'll have to travel to the other side of the globe to save her, save themselves, and save magic itself.”
And catch up on the adventure with Steel Victory, currently on sale for 99 cents! 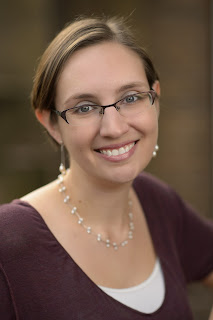 ***
By day, J. L. Gribble is a professional medical editor. By night, she does freelance fiction editing in all genres, along with reading, playing video games, and occasionally even writing. She is currently working on the Steel Empires series for Dog Star Books, the science-fiction/adventure imprint of Raw Dog Screaming Press. Previously, she was an editor for the Far Worlds anthology.
Gribble studied English at St. Mary’s College of Maryland. She received her Master’s degree in Writing Popular Fiction from Seton Hill University in Greensburg, Pennsylvania, where her debut novel Steel Victory was her thesis for the program.
She lives in Ellicott City, Maryland, with her husband and three vocal Siamese cats. Find her online (www.jlgribble.com), on Facebook (www.facebook.com/jlgribblewriter), and on Twitter and Instagram (@hannaedits).
Posted by A.J. Culey at 12:00 AM